What is it? A grid-maps-and-tactics tabletop game, designed for one-offs and short campaigns and optimized for getting players sat down and into the game as quickly as possible. 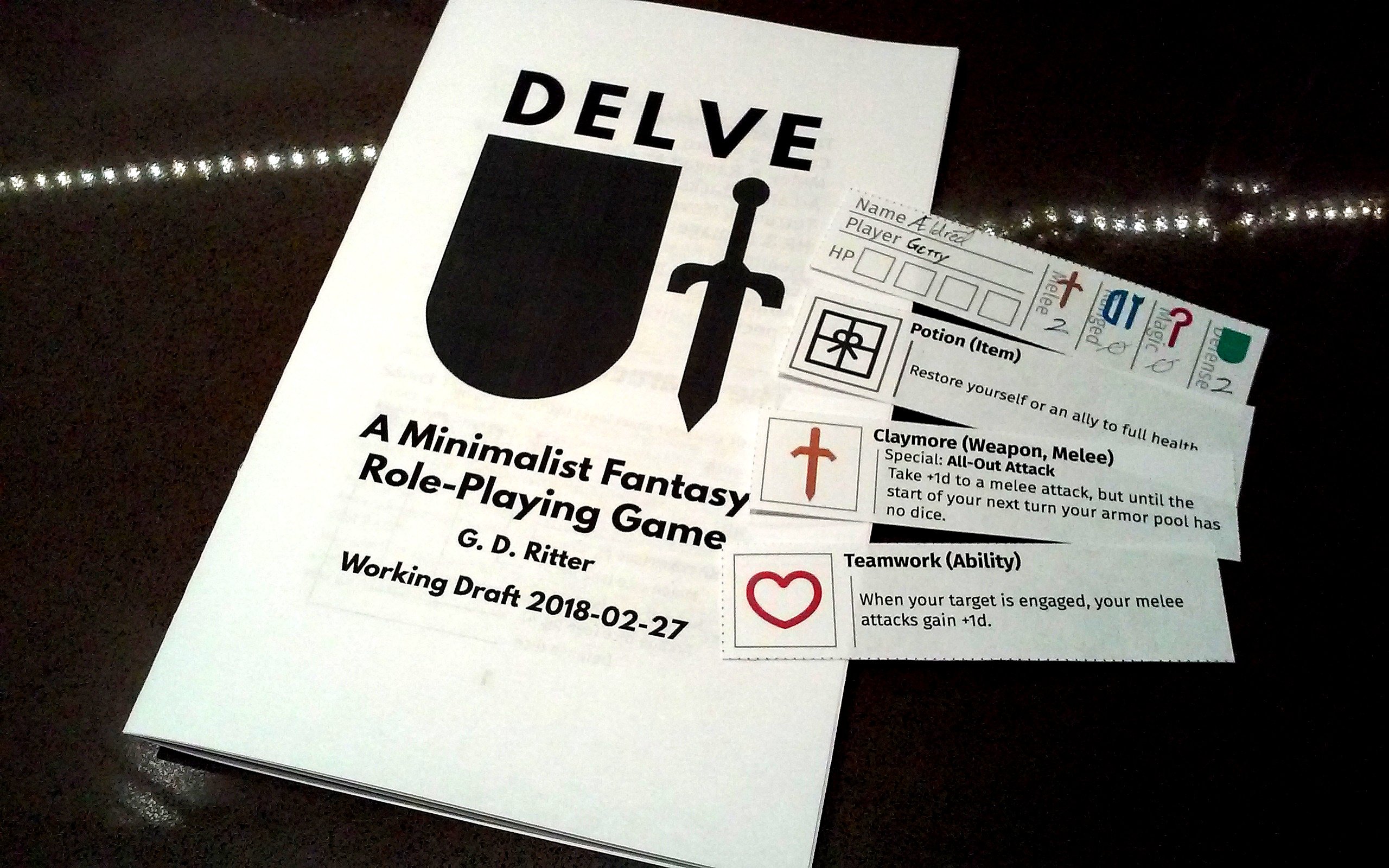 The core of the rules is derived from Hero Kids, a simple but surprisingly robust tabletop game designed for children. One feature borrowed from Hero Kids is that all character-specific abilities (which by and large are represented as equipment: weapons, staffs, and so forth) are little cards which describe the ability in its entirety. That means that character creation amounts to doing rudimentary skill point allocation and then choosing some cards. If you wanted to get going immediately, you could even pick cards randomly and then allocate your points based on whatever you picked. 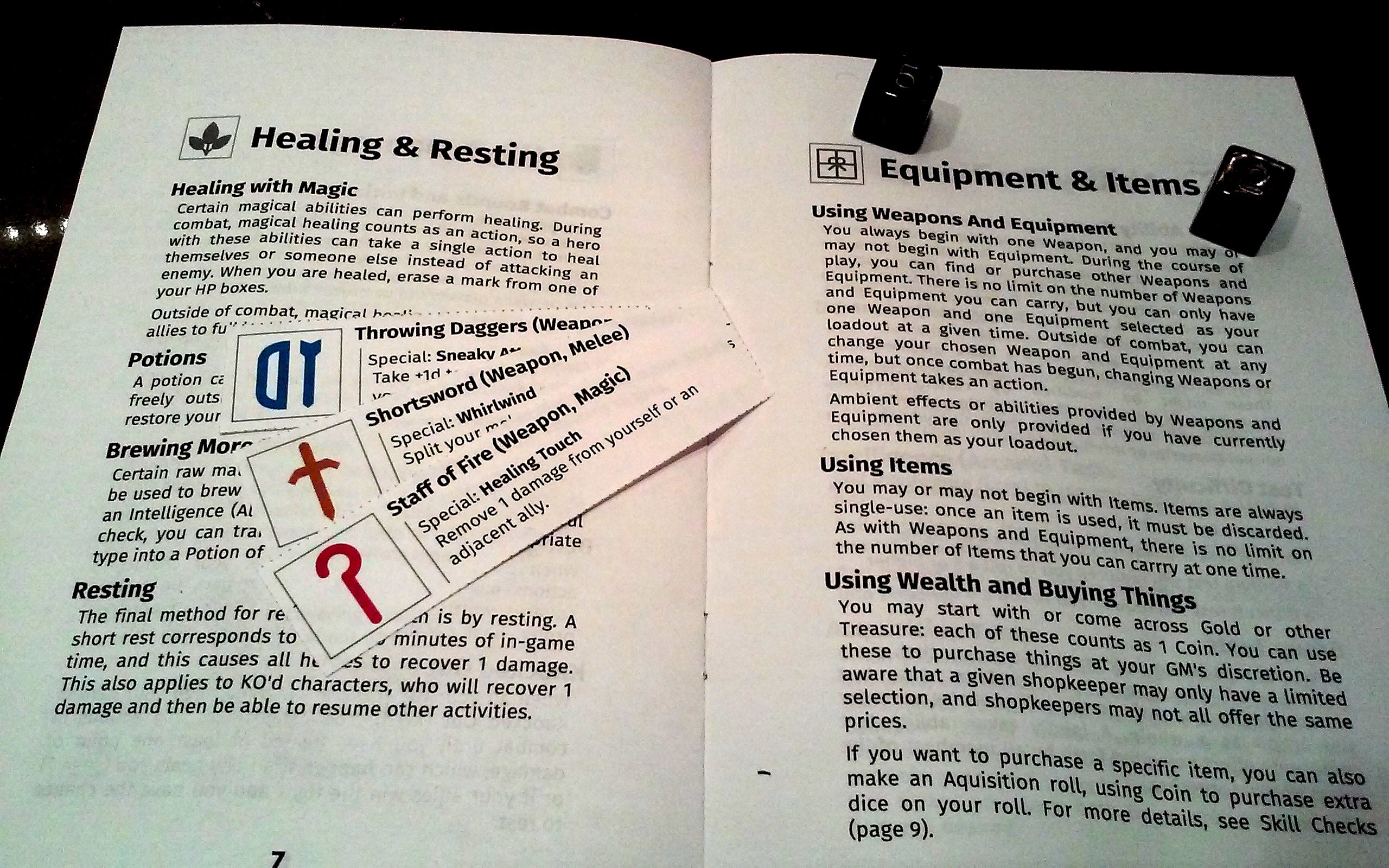 There are also features cribbed from 4th edition Dungeons & Dragons, specifically many of the monsters. D&D 4E distinguishes itself from other editions by building the game with a laser focus on tactical combat, and one great result of this is that monsters in 4E have meaningfully different ways they behave in fights. Encounters in 4E tend to be dynamic with lots of careful movement and positioning in order to gain advantages, and going up against a band of goblins is mechanically and tactically distinct from going up against a band of orcs or a pack of wolves or whatnot. I used those as a jumping-off point to try to build tactically distinct monsters and villains for this game, as well. 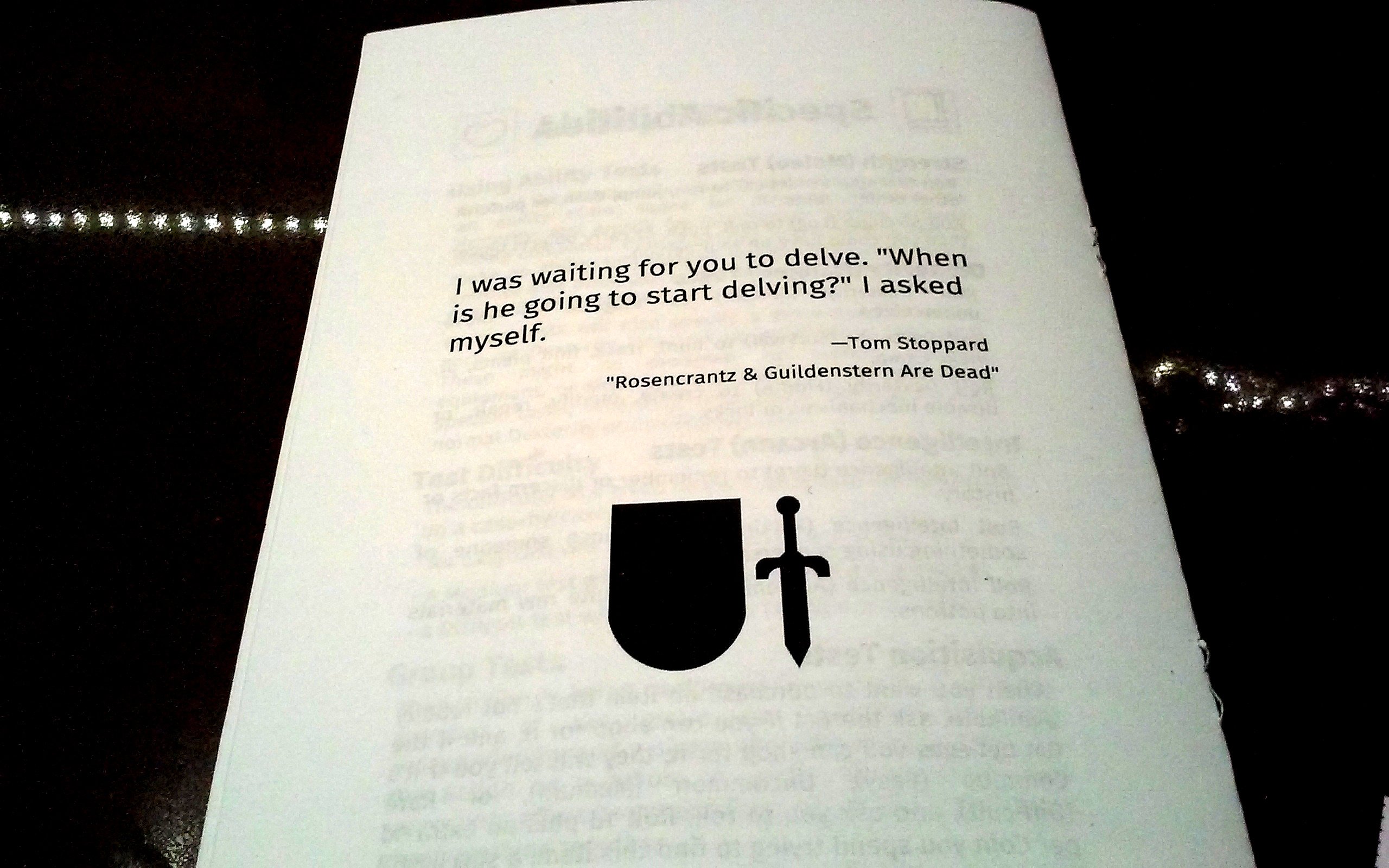 The end result is a game that can be picked up by players quickly, but can still support the kind of dungeon hijinks that games like D&D are known for.

Why write it? This game actually goes against my usual predilections in tabletop role-playing games. My personal tastes tend away from dungeon-crawling and tactical combat: I usually prefer games where combat is much more zoomed out (e.g. rolling a die to resolve an whole bout of combat or even an entire encounter, rather than tracking a whole fight blow-by-blow) and where the focus is broader than simply traversing dungeons.

But even though it's not always my favorite kind of RPG, I still sometimes want to sit down with some friends, trawl through a maze, sneak past some traps, and fight some monsters. When I first found Hero Kids, I realized that I found a game which would facilitate that but without the depth of rules that a D&D game offers: no flipping back and forth between four parts of a $45 book to build a character, no obscure rule interactions across three optional books, no hour-long character creation session. Not that I never want those things, but I also don't always want those things.

In a way, my goal was to build a game that sat between a board game and a tabletop RPG. The rules don't necessarily encourage you to role-play all that much or provide much support for doing anything that's not trawling through a dungeon (although you can still roll persuasion checks and there's some support for stuff to do in town.) Instead, the game puts a sword in your hand and tosses you into a dungeon filled with monsters and treasure. With a small dungeon prepared, you could run a session, complete with character creation, entirely during an hour-long lunch break. I think that's a worthy design goal.

Also, I love things that use little cards and slips of paper, and have kinda wanted to write a game around them for ages. 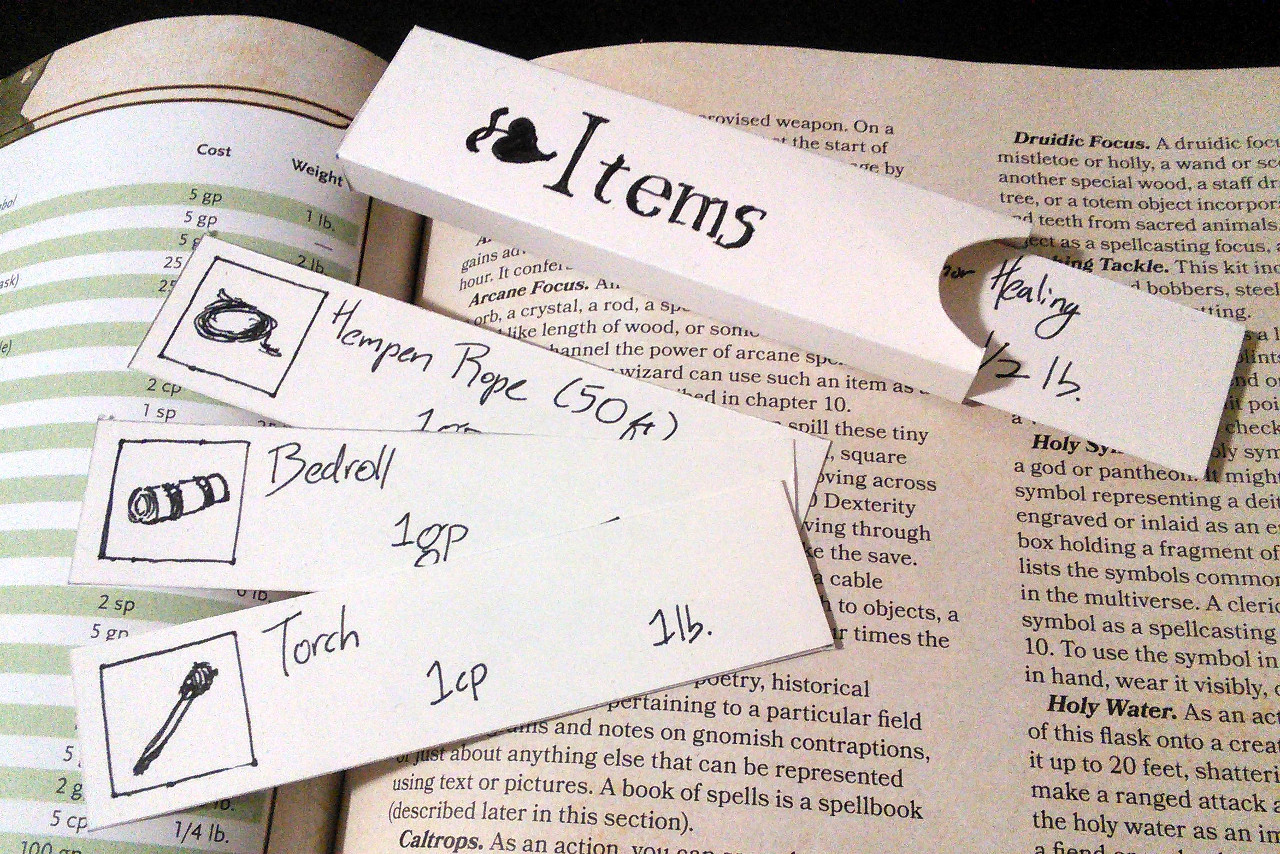 Why the name? I actually want to change this name—in part because there's already a spectacular RPG product out there called Delve—but I originally wanted to call it Delve partly for the typical fantasy-dungeon-crawling meaning, and partly because it meant I could quote Rosencrantz & Guildenstern Are Dead on the back cover.

I was waiting for you to delve. “When is he going to start delving?” I asked myself.